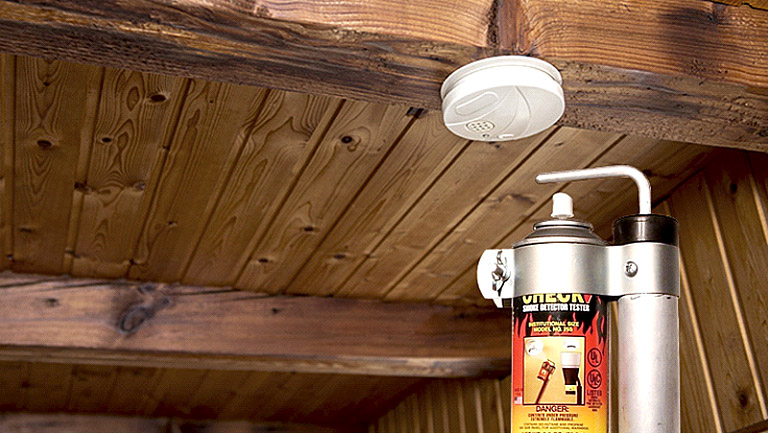 The Truth about Smoke Detector Testing Under EPA Rule 20. There’s been much talk in the fire protection industry about the upcoming changes under the EPA’s Significant New Alternatives Policy (SNAP) program – specifically around EPA Rule 20.

Under this rule, various hydrofluorocarbons (HFCs) and HFC-containing blends that were previously listed as acceptable alternatives under the SNAP program are now listed as unacceptable for specific uses.

That means under this final rule, aerosol smoke detector testers that contain HFC-134a will be banned as of December 31, 2017.

Many fire inspectors, and building and facility managers have been wondering how they can continue cost-effective and efficient smoke detector testing while remaining compliant with these changes.

Unfortunately, many are being led to believe that expensive, electronic cartridge smoke detector testing is the only way to move forward under these guidelines. And they’re worried about the cost of testing increasing significantly using these kinds of electronic devices.

Fortunately, there are affordable and EPA Rule 20 compliant products, like HSI’s PurCheck® and SmokeCheck®, already available on the market that provide hundreds of tests per can.

And unlike products that have had to be re-formulated and re-tested to adhere to EPA 20, PurCheck and SmokeCheck have always been compliant and no formula changes are needed. Both were designed from the beginning to be environmentally-friendly.

Even more important, thousands of fire and safety professionals worldwide have reliably used HSI products for nearly four decades – meaning they’re not only effective and efficient in smoke detector testing, but also compliant with US and global fire alarm codes and standards.

Bottom line? Aerosol smoke detector testing is still possible within EPA Rule 20, as long as you choose a non-flammable product like PurCheck that doesn’t contain HFC-134a.

To learn more about HSI’s product compliance with EPA 20, contact us.